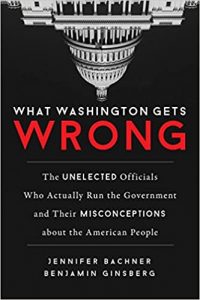 Each year unelected federal administrators write thousands of regulations possessing the force of law.  What do these civil servants know about the American people whom they ostensibly serve?  Not much, according to this enlightening and disturbing study.  The authors surveyed federal agency officials, congressional and White House staffers, and employees of various policy-making organizations about their attitudes toward and knowledge of the public.  They found a significant chasm between what official Washington assumes they know about average Americans and the actual opinions and attitudes of American citizens.