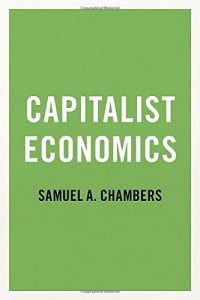 Modern economics does not explain capitalism. Quite the reverse: both introductory texts and advanced scholarship presuppose capitalism as a universal, natural entity. Capitalist Economics is the first and only book to attempt this essential explanation. This involves, first, showing how capitalist economic forces are historically unique. Under feudalism, economic forces and relations work totally differently than under capitalism. Second, it requires a close analysis of the primary elements of capitalist economics: money, commodities, and profit. Third and finally, it entails close examination of the complex interactions between entrepreneurs, bankers, and workers, all to give a clearer sense of the dominant forces and general patterns of capitalist economics.