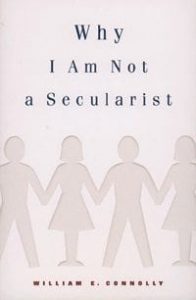 Religion’s influence in American politics is obvious in recent debates about school prayer, abortion, and homosexuality, as well as in the success of grassroots religious organizations in mobilizing voters. Many liberal secularists decry this trend, rejecting any interaction between politics and religion. But in Why I Am Not a Secularist, distinguished political theorist William E. Connolly argues that secularism, although admirable in its pursuit of freedom and diversity, too often undercuts these goals through its narrow and intolerant understandings of public reason. In response, he crafts a new model of public life that more accurately reflects the needs of contemporary politics.

Connolly first shows how the secular division between public and private life conceals the vital role of “the visceral register” in public life itself. Then, while elaborating an ethos of engagement that appreciates this element, he examines capital punishment, the War on Drugs, the liberal idea of the nation, the public role of atheism, and the right to die. The traditional formulations of secularism, Connolly contends, underestimate the vitality and complexity of real-life political judgments. At its best, secularism remains immodest in its claim to provide the authoritative basis for public reason; at its worst, it overlooks possibilities for selective collaboration between religious and nonreligious perspectives in politics.

To correct these limitations, Connolly advances a bold new vision of public diversity that acknowledges questions about its own ideology, incorporates a wider variety of ethical views, and honors the desire of believers and nonbelievers alike to represent their faiths openly in the civic forum. Throughout this provocative volume, Connolly presents convincing evidence of the need to refashion secularism to foster a more responsive public life and a more generous political culture.