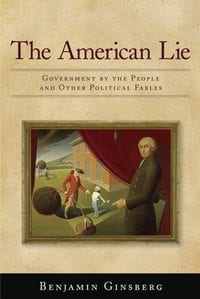 Going all the way back to the time of George Washington, much of what we see and hear in the political world consists of lies and deceptions. Despite assurances to the contrary, politics is not about truth, justice, and principle. It is about money, power, and status. As astute political commentator Ben Ginsberg convincingly demonstrates, politicians habitually lie, pretending to fight for principles, in order to conceal their true selfish motives. Citizens who need the frequent injunctions to participate in politics and abjure political cynicism are likely to be duped into contributing their tax dollars and even their lives for dubious purposes. Most individuals gain little from political participation. Participants are the foot soldiers of political warfare, but even if their side is victorious, they receive few of the spoils of war. Thus, in this new political season, Ginsberg encourages citizens to think outside the (ballot) box, finding new ways to act on behalf of their interests and the public good. But if they do vote, their motto should be “when in doubt vote them out.”