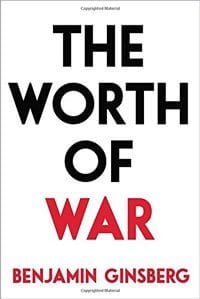 Although war is terrible and brutal, history shows that it has been a great driver of human progress. So argues political scientist Benjamin Ginsberg in this incisive, well-researched study of the benefits to civilization derived from armed conflict. Ginsberg makes a convincing case that war selects for and promotes certain features of societies that are generally held to represent progress. These include rationality, technological and economic development, and liberal forms of government.

Contrary to common perceptions that war is the height of irrationality, Ginsberg persuasively demonstrates that in fact it is the ultimate test of rationality. He points out that those societies best able to assess threats from enemies rationally and objectively are usually the survivors of warfare. History also clearly reveals the technological benefits that result from war—ranging from the sundial to nuclear power. And in regard to economics, preparation for war often spurs on economic development; by the same token, nations with economic clout in peacetime usually have a huge advantage in times of war. Finally, war and the threat of war have encouraged governments to become more congenial to the needs and wants of their citizens because of the increasing reliance of governments on their citizens’ full cooperation in times of war.

However deplorable the realities of war are, the many fascinating examples and astute analysis in this thought-provoking book will make readers reconsider the unmistakable connection between war and progress.