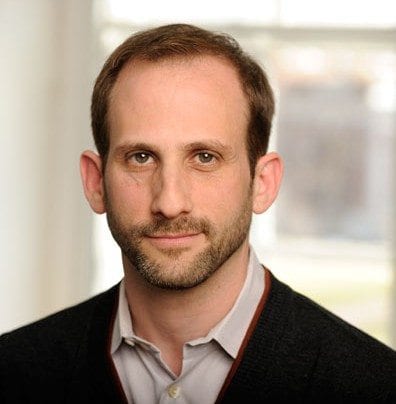 Adam Sheingate is a professor of Political Science at Johns Hopkins University where he teaches courses on American politics and institutions, including a popular seminar on the politics of food. His most recent book is Building a Business of Politics: The Rise of Political Consulting and the Transformation of American Democracy. He is also a co-editor of the Oxford Handbook of Historical Institutionalism and the author of the Rise of the Agricultural Welfare State: Institutions and Interest Group Power in the United States, France, and Japan as well as journal articles and book chapters on American political development, historical institutionalism, and comparative public policy. Sheingate is also co-editor of Governance: An International Journal of Policy, Administration, and Institutions. Sheingate joined the Johns Hopkins University faculty in 2000 and served as Department Chair from 2015-2020.

The Politics of Food: Surveys the variety of policy issues associated with food and agriculture. Topics include the politics of agricultural subsidies, conflicts over genetically-modified foods, rising concerns over food safety, and debates over the health effects of obesity.

Introduction to Social Policy and Inequality: Baltimore and Beyond: Introduces students to basic concepts in Economics, Political Science, and Sociology relevant to the study of social problems and the programs designed to remedy them. Co-taught with faculty from Economics and Sociology

American Political Development: A historically-oriented approach to the study of American politics that examines the evolving character of the American state, changing conceptions of national citizenship, and a critical assessment of timing and temporality in the study of political institutions.

The Development of American Political Institutions: Examines the development of the American party system, the evolution of congressional institutions, rules, and procedures, and the changing relationship between the presidency and the public.

Pragmatism and Politics: An inquiry into Pragmatism and its application to the empirical study of politics using readings drawn from classical and recent texts in philosophy, cultural theory, sociology, economics, science studies, as well as political science.

Federalism and the Regulation of Agricultural Biotechnology in the United States and European Union. Journal of Comparative Policy Analysis 11:4 (December 2009): 475-795.

Publicity and the Progressive Era Origins of Modern Politics. Critical Review 19:2 (May 2008): 461-480. Reprinted in Rethinking the Rhetorical Presidency, edited by Jeffrey Friedman and Shterna Friedman (Routledge, 2012).

The Terrain of the Political Entrepreneur. In Formative Acts: American Politics in the Making, edited by Stephen Skowronek and Matthew Glassman (Penn Press, 2007), 13-31.

Promotion versus Precaution: The Evolution of Biotechnology Policy in the United States. British Journal of Political Science 36:2 (April 2006): 243-268.

Austerity Politics, the New Public Management, and Administrative Reform in the United States, Britain, and France. In Transatlantic Policymaking in an Age of Austerity, edited by Martin Levin and Martin Shapiro (Georgetown University Press, 2004), 224-252. 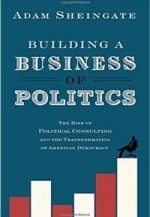 Building a Business of Politics: The Rise of Political Consulting and the Transformation of American Democracy 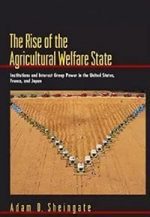 The Rise of the Agricultural Welfare State: Institutions and Interest Group Power in the United States, France, and Japan