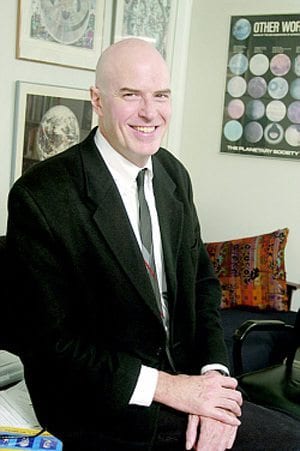 During the late 1970s he served as senior legislative assistant for energy and environment, and legislative director, to Senator John Durkin (D-NH). During the early 1980s he was a Senior Researcher at the Worldwatch Institute in Washington D.C. During 2010-11 he was senior research fellow at the TransAtlantic Academy at the German Marshall Fund in Washington D.C. His areas of research are general international relations theory, international political theory and republicanism, and contemporary global issues (nuclear, outer space, environment, and energy).

His publications include RENEWABLE ENERGY (Norton, 1983), co-author; and CONTESTED GROUNDS: Conflict and Security in the New Global Environmental Politics (SUNY, 1998), co-editor. He has also published extensively, often with John Ikenberry, on the end of the Cold War and on the Liberal International Order. His book BOUNDING POWER: Republican Security Theory from the Polis to the Global Village (Princeton University Press, 2007) was co-winner of the Jervis-Schroeder Prize for the best book in international politics and history by the American Political Science Association, and was co-winner of the Book of the Decade award from the International Studies Association. His most recent book is DARK SKIES: Space Expansionism, Planetary Geopolitics and the Ends of Humanity (Oxford University Press, 2020). His current book projects are PAX ATOMICA: Geopolitics, Arms Control and Limited Government; and HOME RULES: Planetary Geopolitics and Terrapolitan Republicanism.

In over twenty years of teaching he has received four major teaching awards, most recently the Alumni Distinguished Teaching Award at Johns Hopkins University.

“Pushing and Pulling: The Western System, Nuclear Weapons, and the End of the Cold War,” (with G. John Ikenberry) International Politics, July/September 2011, pp.496-554.

“Global Shift: How the West Should Respond to the Rise of China,” (co-author with James Goldgeier, and Hans Maull, et al) Report from the TransAtlantic Academy of the German Marshall Fund, Washington D.C. (June 2011) 87 pgs.

"The Philadelphia System; Sovereignty, Arms Control, and Balance of Power in the American States-Union, 1787-1861," International Organization. (Spring 1995) "Bring Nature Back In: Geopolitical Theory from the Greeks to the Global Era,"  in Contested Ground: Security and Conflict in the New Environmental Politics (1999)  (Daniel Deudney and Richard Matthews, eds.) 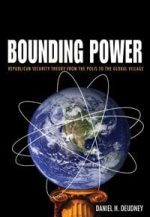 Bounding Power: Republican Security Theory from the Polis to the Global Village

Contested Grounds: Security and Conflict in the New Environmental Politics