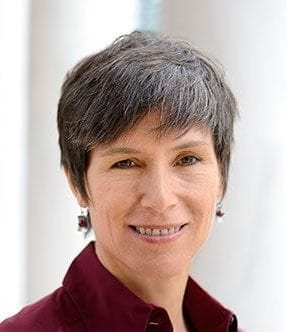 Jennifer L. Culbert is an associate professor in the Department of Political Science. She received her PhD from the Rhetoric department at UC Berkeley and taught at Arizona State University as well as Amherst College before coming to Johns Hopkins University. At JHU, she teaches courses in political theory and law. She has interests in a wide range of subjects, including state violence, jurisprudence, ethics, judgment, aesthetics, and language.

She has written articles and book chapters on revenge, mercy, pain, capital punishment, metaphysics, the philosophy of becoming, and law and literature. She is the author of Dead Certainty: The Death Penalty and the Problem of Judgment (Stanford University Press, 2008) and the co-editor, with Austin Sarat, of States of Violence: War, Capital Punishment, and Letting Die (Cambridge University Press, 2009). She is currently writing a book on the philosophy of law and the thought of Hannah Arendt.

In 2008-2009, she was a fellow at the Murphy Institute in the Center for Ethics and Public Affairs at Tulane University, and in 2011 she was a recipient of the Berlin Prize at the American Academy in Berlin, Germany. In 2015-2016, she will serve as one of the co-directors of the JHU Program for the Study of Women, Gender and Sexuality.

"The Banality of Death in Eichmann in Jerusalem," Theory & Event (Spring 2002) "The Sacred Name of Pain: The Role of Victim Impact Evidence in Death Sentencing Decisions," in Pain, Death, and the Law, 2001 "Beyond Intention: A Critique of 'Normal' Criminal Agency, Responsibility, and Punishment in American Death Penalty Jurisprudence," in The Killing State: Capital Punishment in Law, Politics and Culture, 1999 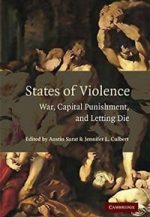 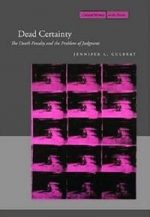 Dead Certainty: The Death Penalty and the Problem of Judgment