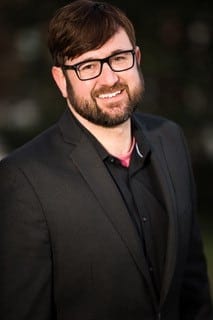 P.J. Brendese is an Associate Professor of Political Science and a political theorist with research interests spanning critical theory, race politics, comparative political thought and the politics of memory and temporality. He is the author of The Power of Memory in Democratic Politics (Rochester University Press, 2014), which examines how political power affects what is available to be remembered, who is allowed to recall the past, and where and when past events can be commemorated. The book advances a dimensional theory of memory by speaking to the ways the past lives on in unconscious assumptions and habituated practices which, in turn, shape how possibilities of freedom, action, and political imagination are racialized. Professor Brendese’s second book, Segregated Time (Oxford University Press, 2020) investigates how racial segregation not only takes space but takes time as well. Segregated Time examines how racial inequality functions as an imposition on human time, how time serves as a vehicle of power and resistance, and how the extended lifetimes of racially dominant groups are leveraged upon the foreshortened lifetimes of racial others. Engaging issues of mass-incarceration, border politics, racial capitalism/debt, as well as environmental catastrophe, the study crafts a theory of ‘white time’ through an encounter with Afro-diasporic, Indigenous and Latinx thinkers in the context of contemporary neocolonial politics and the proliferation of human disposability. Brendese’s ongoing work includes essays on the temporal aspects of environmental racism, demonology/monstrosity, and race, as well as an edited volume entitled A Political Companion to Toni Morrison. The recipient of three teaching awards and the Co-Director of the Racism, Immigration and Citizenship Program from 2015-2019, he is the author of numerous academic articles, chapters in edited volumes, and the subject of a recent interview by e-IR. 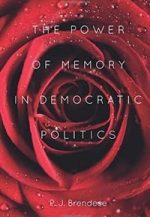 The Power of Memory in Democratic Politics